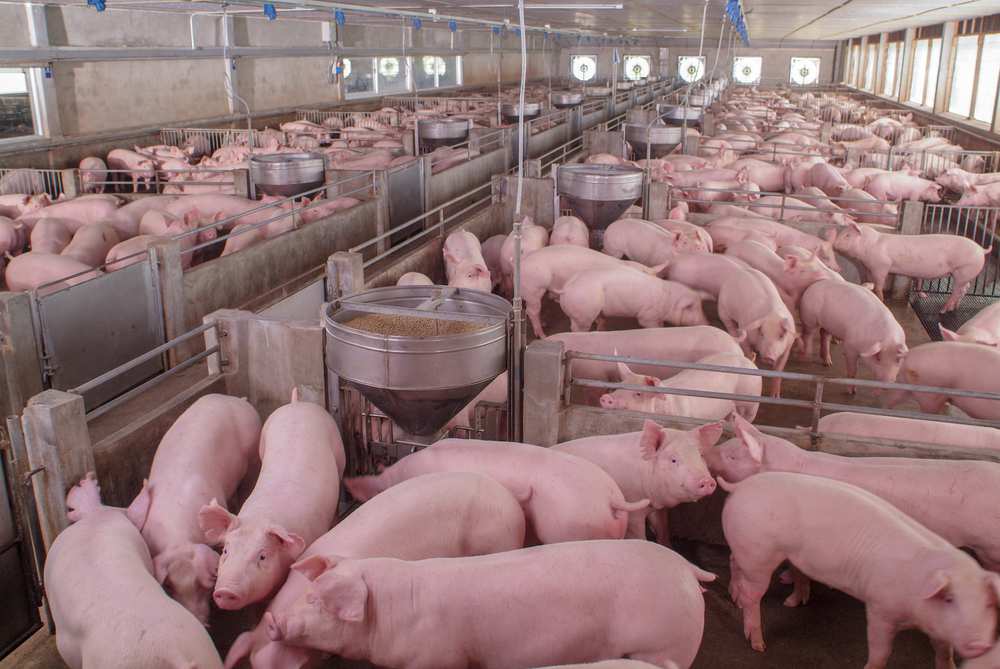 The antibiotic crisis is a pressing current issue, and we need to investigate how antibiotic use in all areas can be reduced, including antibiotics used in animal production.

Our new paper, published in the Journal of Applied Microbiology, explores the characterisation of pig feed additives and active ingredients with potential to reduce the dependency on antibiotics by the sector.

There was a large gap in the evidence to support change in the sector. A systematic comparison of the numerous available feed ingredients was not available, hampering evidence-based decision on feed replacements.

Our paper brings a new focus to the area and allows promising feeds to developed based on our laboratory findings of those with the best potential.

Confusion and lack of clarity was slowing the development and uptake of feeds with the potential to reduce antibiotic use. In our work we have shown that some of the available feed additives and active ingredients have antimicrobial activity against bacteria that infect pigs, which means they have potential, when used in feeds, to reduce the burden of infection.

We have identified those which have broad-spectrum activity, and those with very interesting narrow spectrum activity against specific bacteria which should be developed further.

Our evidence base and the broad comparison we make will drive the development of new feeds for pigs, prioritising those that have been shown to have antibacterial activity in the laboratory.

What is more, our work and its wider communication will allow the sector to make confident choices in replacing feeds with antibiotic alternatives. It is hoped that their use will further reduce the need for antibiotic interventions and reduce dependency on antibiotics in pig production, contributing positively to slowing the antibiotic resistance crisis.

Dr Cerith Jones, a lecturer in Biology at the University of South Wales, is a Microbiologist with experience in the discovery and characterisation of antimicrobial compounds. Charlotte Neath, a USW PhD student funded by KESS,  conducted the microbiological laboratory investigations. External industry partner, Dr Naheeda Portocarero of Feed, Food & Future, works closely with animal producers and the feed industry.